Throughout human history, many have been fertile ground for breeding character art by those who remained often don't know anything about them unknown except that they featured owners vision stems from the sense of high esthetic broke routine typical craft template and provided wonderful artworks immortalized and dug deep in the human memory thus happened when Greek temples, statues and sculptress illustrators of pottery and glass, as well as discuss the pharaonic and murals Mesopotamian civilizations and Woodwinds African tribes and Byzantine icons makers and Umayyad palaces and ornamented ceramics Islamic and Persian text decoration, Hindi, Arabic, and what they have produced from miniatures and when metal craftsmen worldwide and vulnerable and wood carving and used to print text and images on cloth and paper in China and Japan that the evolution of the art standalone graphic on wood and printed on paper and the actual realization of the technical and aesthetic value high enough to mention what he wrote in a letter to his son Pissarro says that he and his friend Monet's love hiroshigi and its Impressionism )artist of Ukiyo-e) Japan from the 8th century and nineteenth, referring to the great impact this art born of the craft to modern European art, the birth of Impressionism, especially when Monet and Pissarro wekokin. There is no doubt that printing on cloth is also a craft remains a character mentioned began and continued until this day started manually and computerized technology and then continued to appeal to some workers don't matter to the specificities of the different effects and color to get out of the craft templates PEB And provide high-value technical works on natural silk or pure gingham or at least rice record annual lawless monotonous craft artists in other areas.

Print on canvas with multiple techniques including one known as batik. The fact that no printed batik literally but uses color tints cold drip on cloth immediately after isolating the parts of it with hot wax. This technique is painstaking and time-consuming effort more difficult, all the more colors are used depends on the frequency separation wax and repeat dotting tints and repeat cleaning up albaltic became a kind of hard labor is perhaps the most important reason is the lack and scarcity of artists practising this technique. If we searched today for batik artists in the world of scarcity, not exceeding the fingers of one hand often find large numbers of them tried but they turned them off technique about other techniques, leaving some modest business. in the Arab world don't differ photograph than in the rest of the world might not have overcome the difficulty of this technique but very few artists do not quote third Samad and persisted as a Professor gave to Mrs. Nazik Al-dessouki and Hamdi in Egypt. against this backdrop appear in Saudi Arabia As individual case unparalleled artist emotions the Safwan patiently by the amazing art not batik craft since more than two decades of hardship endured this difficult technical and overcame it attracted attention for their amazing creations deserve to stand and give their share to which effort critics and media space. with a holistic view of all their artist in various easily nsentia exhibited note and score some points, mainly: 1. all implemented work manually as there is no use of cliches Preset and not any form of printing on cloth in any old or modern tools. 2-there is no business of decorative patterns or motifs not tzoiket or mkerrrh module such as those forms that we see in print on canvas and his embellishment. 3. each of the acts is a unique creative work with an integrated and fully technically as a theme and elements of the plastic lines and shapes and colors, just like any other Panel.

And so we say that Al Safwan artist fine artist with all of the depth and dimensions of the used cloth and cold and hot wax dyes as arguments and take ydioih to implement the technique of batik creations. Batik is used when artisans since antiquity to dye cloth and his embellishment and here in particular no difference between them and the artists who have used throughout history the same tools craftsmen to innovate the immortal masterpieces. Maybe you do not need the artist's Al Safwan me for this reference to art practice after more than twenty years but the confusion caused by the term localization batik print on canvas that enforces this clarification is important primarily to show that Ms. Al Safwan fine artist not a craftsman working on printing on canvas. considering the prolonged and checking the work of the artist, Al Safwan discover its own approach differentiates the work and the fact that her unique imprint of her creations are identified without confusion with the creations of other artists This method and the strongly distinctive crystallized and due to a combination of factors:

1. uses the Batik technique in a few colors, mostly less than 4-5 colors shown previously to be due to the difficulty of execution and needs long time artist emotions used 4-5 colors and sometimes more or less but use color gradients and degrees of concentration and beautifully crafted to represent the color in the artwork was all a new color. The accuracy of micro dotting the color in very tight spaces. And those between different colors no break between them obvious bold make eye picks up the color next to another color differently, like an extra color. This way was used by the early Impressionist musicians where they noticed that the eye picks up color when Luna last contacting borders differently from captured if lonely abstract or concrete surface to the point that they had a colored shadow. There is no doubt that the technique of batik needs skill and accuracy to artist she possessed them, its distinctive tonal richness and diversity and thus succeeded in overcoming the limited colors in batik technique, unique 2-jamming surface artwork at the Safwan shapes of different sizes so that avoided those who practice Judaism observe micro batik they could so an artwork appears at first glance as a surface is filled with abstract color overlapping spots without that get lost in negative space that doesn't exist virtually at the artist. Despite the technical difficulty in itself has chosen artist plastic elements and vocabulary but most impressive achievement difficult for the eye and the most surprising and perhaps most representative of what the artist wants to say through this overcrowding which resembles nothing more than clutter our contemporary or congested us and our souls in dreams and memories that are contrary and opposite us. 3. Note that the competing formats to brighten up your work with human shapes or parts of goddesses of all races and ages and in all situations by human beings in their daily lives Stand and sit and turnout and retreated, walking and running, lying down and sleeping and thinking about and screaming and calm and waving and pain ... Etc tkheltt other forms of bodies from the ocean each recognizable and some abstract feature among the shapes they feature:

1. reincarnated together. 2. with each other they fit together and interlinked with each other. 3. be objects or parts of the goddesses transplanted. 4. absence of details and facial features or boil down to simple effects. 5-all present and functioning through body movement like hugging not expressive face details. I'll try to explain it in a nutshell: when the eye picks up the external lines and colors of an object and the audit find that some of these lines with the lines and other colors to form a continuous audit and discover that portions of both objects Share in the composition of the third body revelatory movement at the same time constitute parts of a fourth body and through the movement of these objects formed transplanted small scattered some nearby and far away and all the objects in the whole independent and revelatory movements into one large body contained all occupy a large area of the painting and that's what I meant by reincarnation and containment and coherence and synergy between these piles of human flesh discovered part of a hand or toes emerge not as body parts but as parts of objects Disappear behind the color blocks and complement the dynamic painting. like the silent ballet dance scene where monitors movement of objects the dancer or a scene from the scene where the roles of representatives leads the movement body MIME Mime or Pantomime Theater, formed a dialectical relationship between color and motion of color involved in drawing traffic and visibility and movement heated color-legged life and life increase movement and so on. In the absence of the face and detail only rarely when the Safwan. painting the vehicles and complex without being tired of the difficulties posed by the Batik technique just like a section of ml touring us feelings and images in every part of sec. In this part of the second crowd in us feelings contrary to consistent and combine images where there is no authority for the place and time they shatter aswarhma, images and feelings experienced day in different places far apart and in a completely separate times scattered between the distant past in our childhood and accumulated accumulated in us at the moment where we are, feeling does not recognize the logic of the place and time they are power laws it. images are bodies and emotions are movement and color is the flavor of sweetness or bitterness. 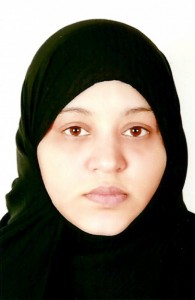